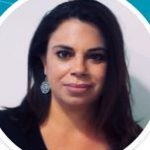 Marina Polycarpou holds a B.A. in Gerontology and Psychology with highest distinction from the University of Kansas (1995), and an M.Sc in Gerontology from Kings College London (1997). She has worked as a director in non-profit and community services for Older Adults between 1997 and 2000. She co-founded Materia Group in 2000 and was the General Manager of the organization from then until 2010, when she was appointed as Managing Director with the expansion of Materia Group. She is a board member of Materia Group and Cyprus registered NGOs, Gerontology Research Center, and Youth Empowerment Foundation. She is also a scientific advisor at Aktios Nursing Homes Group in Greece. Her special interests are inter-generational projects and their benefits for all generations, dementia, and frailty in older age.
Email: agecare@cytanet.com.cy
Tel: +357 22-573577
Web: www.materia.com.cy